New Year's is the biggest holiday in Russia, celebrated in much the same way as westerners celebrate Christmas. People of all denominations buy yolkes, which means "fir tree", decorate them with ornaments, exhange presents, and typically spend the evening at home with family & friends. Although it may look & feel like Christmas, it isn't as there's no religious association. Remember, this was an atheist state for 70 years. No Santa Claus here. Russians have Father Frost & the Snow Maiden.

Today, the New Year holidays mean a 10 day break from work, in addition to the four weeks vacation everyone is entitled to. During this period Russians celebrate the New Year, Orthodox Christmas & "old" Russian Christmas based on the Julian calendar. This was our 2008 New Year's Eve at home in Moscow.
Read More 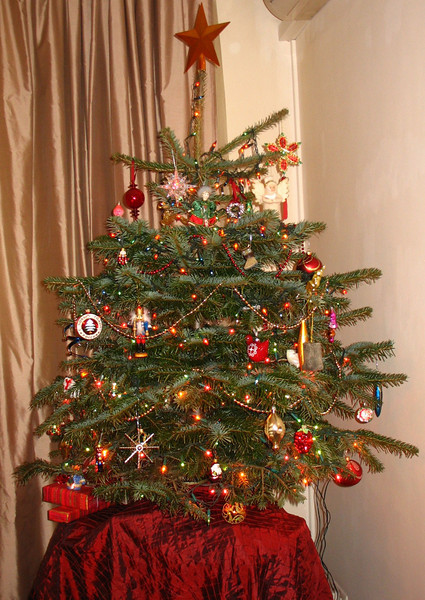 Our yolke, a small one this year. Russian yolkes are typically rather sparse reminding me of Charlie Brown's Christmas tree, so we usually buy a Danish tree.